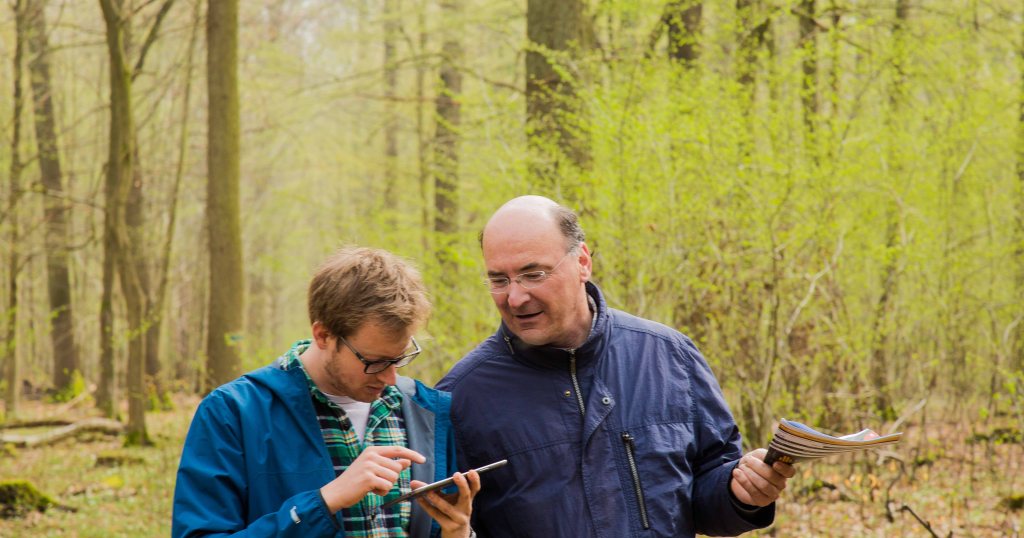 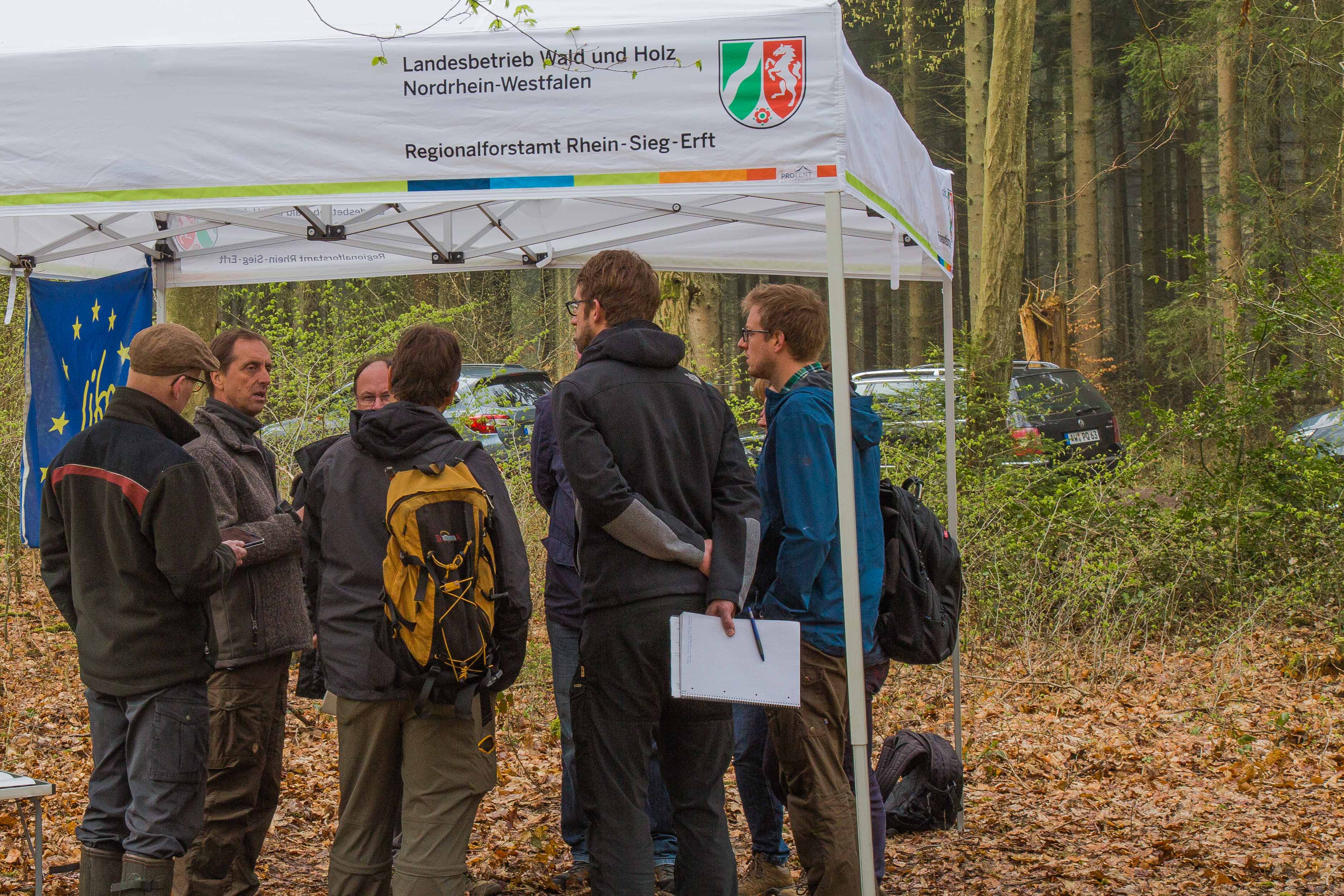 The site is a nice example of the European habitat type 9160 (Sub-Atlantic and medio-European oak or oak-hornbeam forests of the Carpinion betuli). The canopy is dominated by large sessile oaks, with hornbeam occupying the lower forest layers. These species are occasionally accompanies by beech and holly. Beautiful as the stand may be, it also faces challenges. While the soil can be waterlogged in winter, drought is a recurring issue in summer, because of the deficient water infiltration in the gleysol of this forest. The man-made drainage system further decreases the water availability during the growing season, so that now there are plans to restore the original situation in some places. The forest composition, composed of mainly light-demanding trees, requires human intervention to sustain itself in the face of competition from more shade tolerant species, such as beech and spruce. Located on the outskirts of the city of Bonn, forest management in the Kottenforst also had to deal with a high recreational pressure. All these aspects and background knowledge have to be taken into account when performing a virtual thinning with the Integrate+ software. 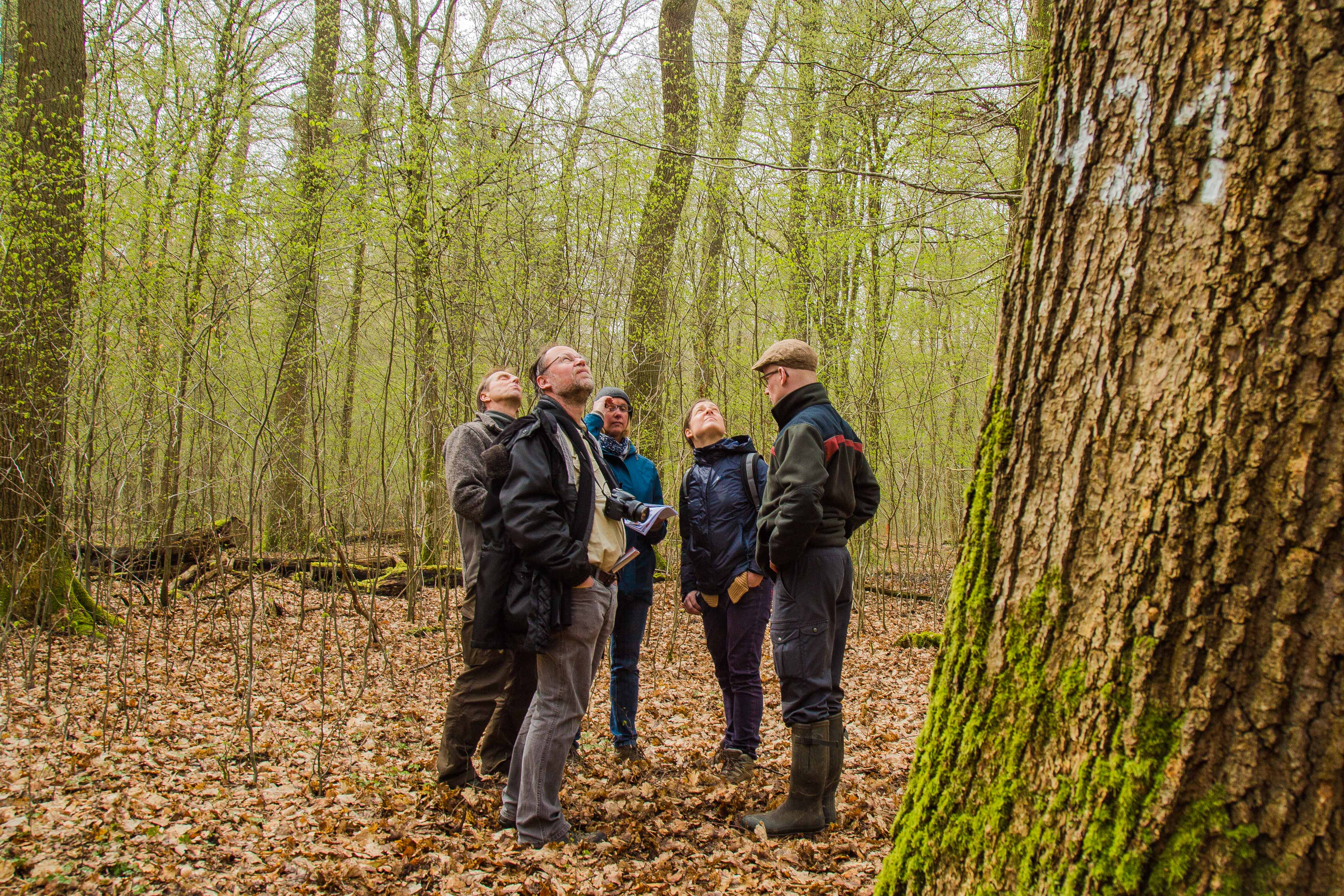 The timing was perfect for a training session like this. Wood anemones covered the ground floor. Despite the near estival temperatures, the fresh spring leaves were still budding, allowing for a clear view on the tree crowns and tree microhabitats. The very high economic estimated value of an enormous oak managed to prove the importance of wood production, while the presense of a rare hoverfly in an old decaying oak the exceptional ecological value of this tree. The atmosphere was very collaborative and the BfN participants were eager to organise follow-up trainings with other colleagues. An important strength of this kind of exercises is their capacity to bring together people who look at the forest through a different lens and making them cooperate and jointly find solution to practical, object-based questions. The session of last week clearly achieved this goal. 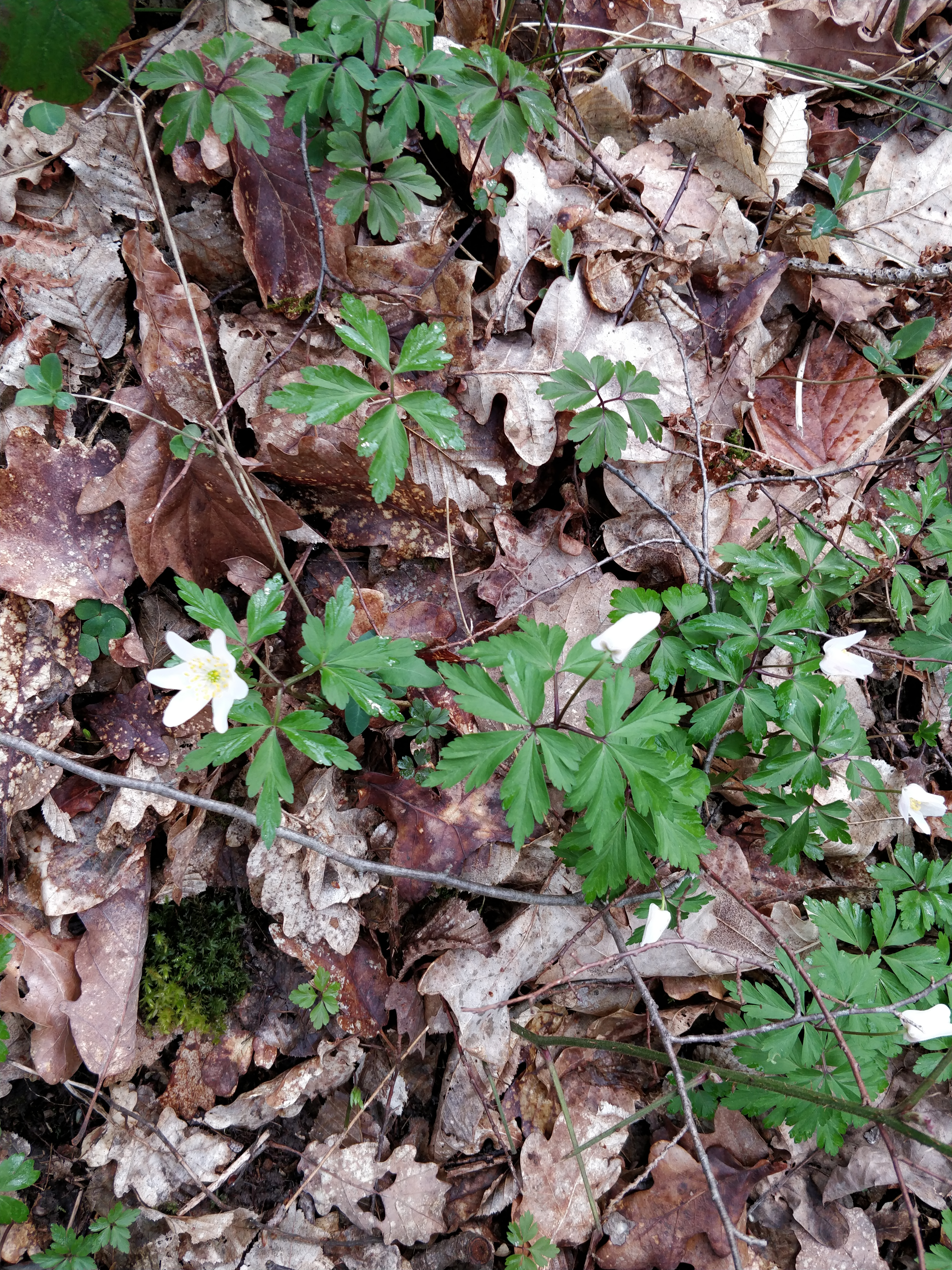 Thanks to Klaus Striepen for the impressive images!