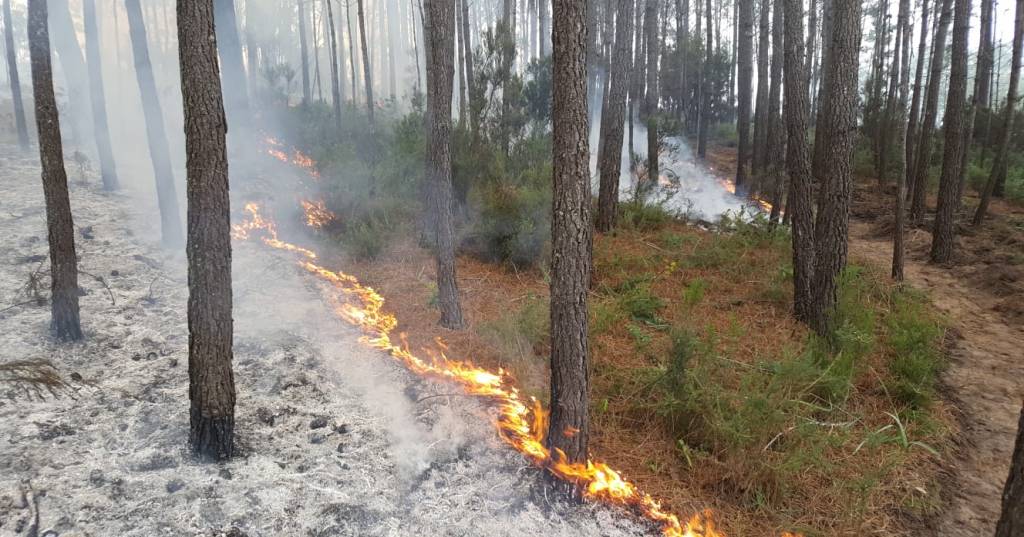 The early start of the fire season, much before the “official” date, is not the only unusual thing. The number of fires is almost eleven times higher than the average number for Spring: 115 fires of 30 ha. Moreover, not only have the fires hit the usual suspects such as Spain, Portugal and Italy, but also  Germany, Poland, Sweden and UK.

These numbers do of course not tell us if those early season fires had negative effects or if some of those fires early in the season did indeed help to prevent much worse fires later in the fire season…..however, in general, Europe is in for hotter times, as the intensity of wildfires increases and the fire season gets longer.

It is critical for fire risk management to have an accurate view of the exact location and intensity of the ongoing fires. EFFIS provides the most up-to-date information on fires in the EU and it compiles the data on country basis. To learn more from the exceptionality of the year 2018, have a look at their report.

The ‘flaming start’ of 2019 makes us wonder what kind of summer we are facing this year. More importantly, can we prevent similar catastrophes that happened in Portugal in 2017? We are not certain.

Another institution providing regular fire updates is IAWF. We just learned yesterday that the rescEU plan is getting into its next phase: the fight of unwanted wildfires. In anticipation of another summer busy fighting wildfires, the European Union has established the first contingent of their rescEU firefighting air fleet: 2 aircraft from Croatia, Spain and Italy each, one aircraft from France and six helicopters from Sweden. You can read the full news here.

That comes a bit late, given the alarming fire numbers mentioned earlier. When rescEu published the plan, we expressed some concern. Despite prevention is mentioned in the rescEU plan, most of the attention and budget flow into fire suppression. We argued for equal funding for preventive measures in forestry, agriculture and for promotion of tools like prescribed burning on a much larger scale.

Reading the news today, we realized our concern was well-founded. Water bombers and helicopters make the headlines. Not a word on prevention or mitigation – they do not get any attention. No coordinated planning. No funding on a landscape scale across Europe. We stand to be corrected.

Don´t get us wrong. We need well-equipped and well-trained fire suppression resources! However, the effectiveness and safety of fire fighters would dramatically increase if they operated in a well-managed resilient landscape. More money should be invested to manage land and forests and use the “friendly fire”.

In that context, we would like to guide your attention to the EoE Forest that took place in Mafra, Portugal a few weeks ago. Participants from seven countries trained and worked together in the planned and careful application of preventive mild and low intensity fire to prevent disaster fire. They enthusiastically and actively participated in this activity, with support from the County of Mafra, and the SURE project coordinated by the European Forest Institute. Events as this one are a great way for people to cooperate on preventive measures, to network and exchange experiences.

A small fraction of the funds spent on aircraft fleet could support organization of many such events across Europe.