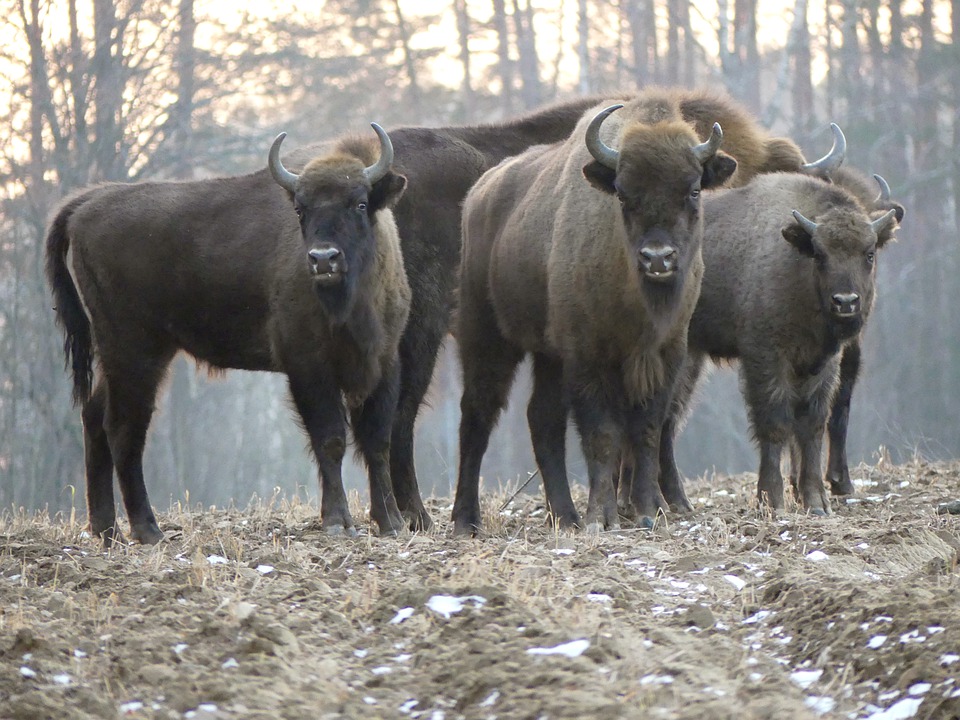 Do you want to see wild animals without leaving home? The Polish State Forests makes it possible.

Article 3 of the Polish Nature Conservation Act states that nature protection goals are achieved, among others, through conducting educational, information and promotional activities in the field of nature conservation. Therefore, the Polish State Forests is initiating digital activities to promote knowledge about rare species of Polish and European fauna.

A first online transmission of a bird’s nest started in 2012, as an effect of the cooperation between the State Forests and the NGO Eagle Protection Committee (Komitet Ochrony Orłów). The white-tailed sea-eagle (Haliaeetus albicilla) nest, that could be observed by internet users, was watched by up to 80,000 viewers per day.

This spring the State Forests also offer a digital transmission for everyone who wants to see wild animals while staying home. Online broadcasts of bisons have already started, and nests of ospreys and black storks are also being shown.

The camera – which is the only online transmission showing bisons in the world – has been installed on mid-forest glade located on the northern edge of the Białowieża Forest. This is where foresters bring fodder for bisons (polish: Żubry) during winter, therefore animals visit the glade willingly and spend a lot of time there.

While waiting for a bison to appear, which most often visits the glade in winter, the camera shows the landscape of the forest glade, sometimes also smaller animals that are easy to spot after dusk.

Thanks to the infrared reflector it is also possible to observe wildlife at night. Animals do not see this light so it does not affect their behaviour and circadian rhythm of life.

The project is being operated since 2012 in cooperation with the Browsk Forest District. In 2019, the page to watch the bison on the State Forests website had almost 1.5 million page views. The project is now only known well in Poland, but also in all European countries and the United States, as evidenced by the growing number of foreign-language comments and activity of foreign fans on the project’s Facebook page. In the winter months, broadcasts on the SF website are watched by over 300 people at the same time (approximately 150 on average). The average time spent by the user on the transmission site in 2019 was about 6 minutes, which is similar to 2018.

The Directorate General of the State Forests, together with the NGO Eagle Protection Committee and The National Fund for Environmental Protection and Water Management, are co-financing and implementing the LIFE project “Osprey conservation in selected SPA Natura 2000 sites in Poland”. The aim of the project is to stop the decrease of the osprey population in Poland and lead to an increase in the number of individuals of this species in Poland. The project concentrates on activities conducted in forests, where the ospreys nest most commonly, as well as on lakes and ponds, which constitute their feeding grounds. One of the core activities performed within the project is detailed monitoring of the birds. Observing them on the nest delivers important information about their life as it enables the observation of osprey birth phenology, evaluation of threats and description of their food basis. Although the very reasons behind the installation of cameras around osprey nests were purely scientific, the broadcast is available for everyone and constitutes a grand tool of promotion of those exceptional birds.

The first camera was installed last year in Barlinek Forest District (Western Poland). The camera is located just next to the nest at the height of 30m. The images are broadcasted live via Wi-Fi network on a YouTube channel. Thanks to the camera hundreds of viewers were able to observe the osprey mating season in 2019.

The second camera was installed this year in Jedwabno Forest District (Northern Poland). The broadcast can be watched here. Even though it has only started on 3rd April 2020, it has already become very popular.

Since 2016, the Directorate Regional of State Forests in Łódź – together with The Department of Biology and Environmental Protection at the University of Łódź – have been conducting a breakthrough educational project Black Stork Online, which is to reveal the secrets of life of this species. The stork nest is located in central Poland. Infrared cameras have been located in deep forest just next to the nest at the height of 17m. The whole operation had taken place before the tenants showed up. The observations conducted over several years provide a lot of interesting information about the storks including the time when they have left the nest as the chicks are equipped with localisers.

The idea of watching wild animals in their natural environment is nothing new, but with access to modern technologies it has become available for everyone. Such initiatives are particularly valuable in the current circumstances, when a simple walk in the forest is inaccessible for many of us. Online observations of animals give us the opportunity to learn about their behaviour, diet, interspecies interactions, which we are often not able to observe in normal conditions. It is also a great tool to promote the idea of nature protection.