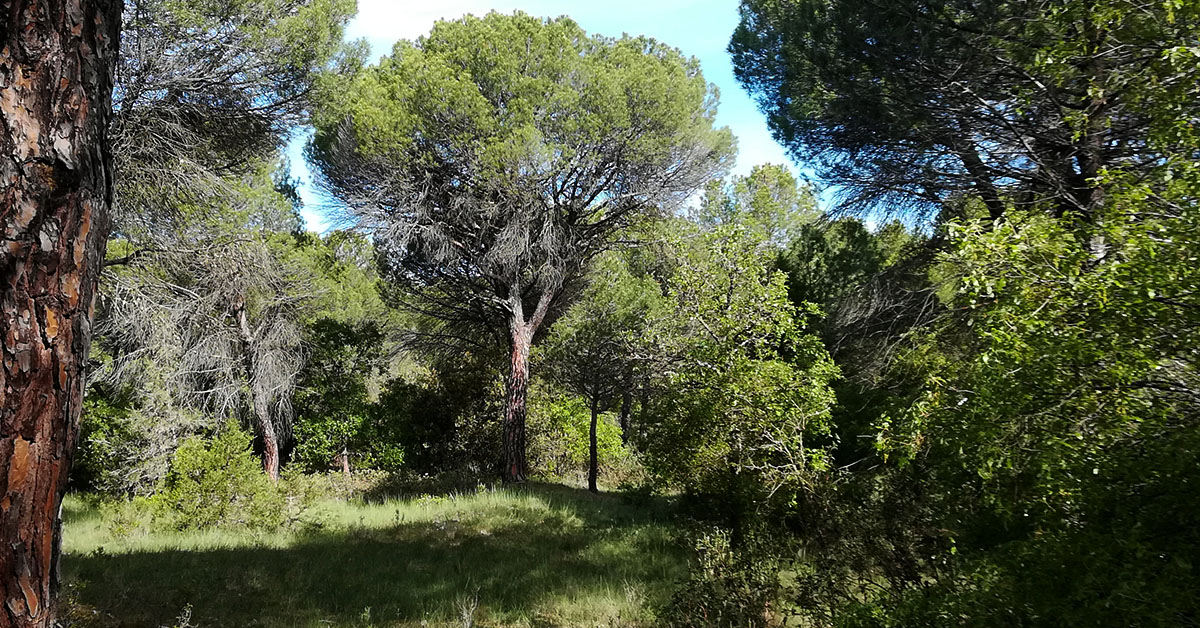 David Lasala is currently the coordinator of the Forest Resource Mobilization area at Agresta and is a member of the expert tree-markers team. Lidón Martínez works in the Forestry Policy and Natural Heritage area at the Forestry Department in Castilla y León. They have been leading the recent Spanish initiative of re-measuring the already existing five marteloscope sites to integrate them into the INTEGRATE marteloscope network, a network of more than 100 demonstration sites established all over Europe. They have also made the training software more accessible to local foresters by translating it into Spanish.

How did you get to know about marteloscopes and what did you use them for in the past?

Marteloscopes have been developed and financed by the Forestry Department in Castilla y León (Area of Forestry Policy and Natural Heritage) and Valladolid University, through the technical support of a forestry consultant, Agresta S. Coop.

The idea of installing these plots was developed in 2009 between Agresta and Forestry Department Castilla y León to provide areas -representatives and typical types of forest in the region- for training and education in silviculture, at the same time a collaboration agreement was established with  PROSILVA-Spain for a network of plots where close to nature criterions could be applied.

Marteloscopes have been used since 2009 for education and training. Mainly by forestry engineering schools and for specific courses for rangers, so they could get used to measurements, thinning practices, developing biodiversity criteria and to observe with detail the forest, necessary to make correct decisions.

How did you hear about the Integrate Network and the network of marteloscopes?

We heard of Integrate Network thanks to several European projects where Agresta has participated and through different conversations with contacts we have within EFI.

You have now re-measured your sites making them compatible to the Integrate approach and tablet software. How do you see the possibilities for training exercises having via the tablets the results directly available?

The possibilities with the tablet software are great because, although we had other applications, some of them are obsolete. This version of Integrate Network allows us to have results in real time, it is more visual and we have the English version (which we hope will help encourage colleagues from abroad to experiment with and visit Spain’s marteloscopes).

What are your future plans for your training sites?

Plans of the Forestry Department in Castilla y León are to expand the plots with different types of vegetation sites, if we make sure that they are being really used  by students, teachers and technicians, and  if we get adequate funding. We have by now announced the re-measuring of data in all sites through web and mail to Forestry schools and Institutes, and have got some positive answers by a couple of them, though these are no easy times for travelling and big meetings. So, we think sites may be more used by schools closer to each site by now. In the next months we plan to re-signalize (repaint and rearrange) sites and trees to make it easier for teachers, students and all users in general.