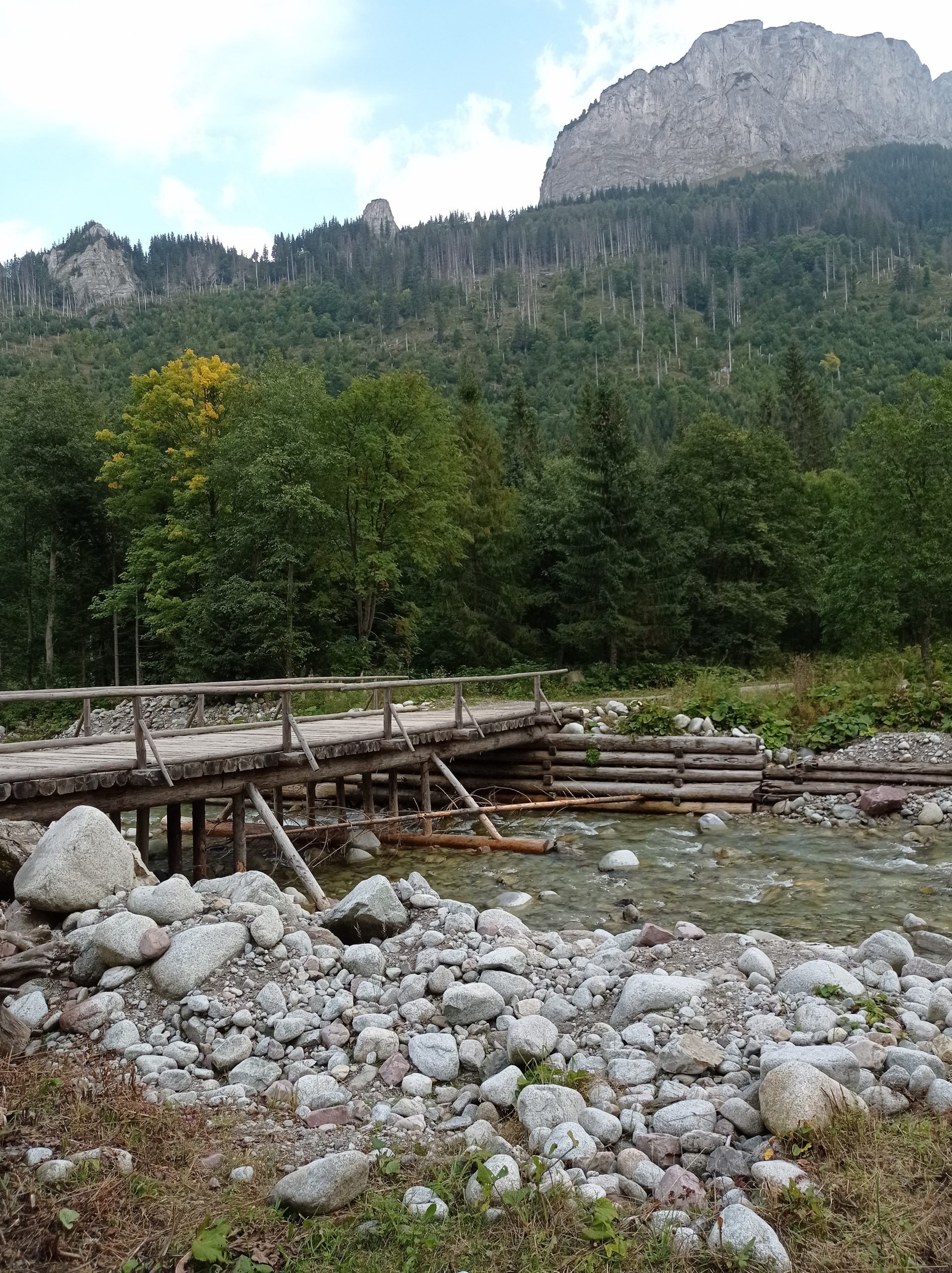 An Orwellian debate on the national parks in Slovakia: What can a scientist do in a post-truth era?

Should we foster commodity production or biodiversity in our forests? Or try to integrate them both? When working on and with forests, certain tensions and occasional conflicts between representatives of forest management and nature conservation are a notorious part of our lives. In some places, the animosities are more obvious than in others, though integrative approaches are obviously gaining attraction. I share here my recent observations from Slovakia, my home country with diverse forests passing from the High Tatras with an iconic national park to the Danube Lowland with dry oak forests. Recent political decisions concerning the fate of our national parks upheaved society once again and made me realize how data and knowledge can be misused to back up any policy in place, rather than provide impartial grounds for knowledge-based decisions.

Before I share my recent observations, I look back to 2004, which was an important milestone in these conflicts` history.

2004: A milestone in a debate on the response to forest disturbances

At that time, a windthrow hit the High Tatra National Park. It triggered discussions about the interventions aiming to prevent the bark beetle outbreak that was likely to be initiated by the windthrow, affecting the surrounding forests. The outbreak happened as anticipated, and the debate about the proper course of action continues until today. This event triggered an intense public involvement with photographs of ecological activists chained to the trees and calling for non-intervention circulating in media. This attitude was heavily opposed by forestry representatives, who promoted active management, including the removal of windfelled trees and other sanitary actions to prevent the outbreak. A somewhat mind-bending outcome was filing a lawsuit in court in 2012 that involved two former ministers of the environment. They were accused by the General Prosecutor`s Office of not granting the exception to the removal of wind felled trees and thus being responsible for the damage to the forest from bark beetles. The complaint was declared legally unfounded in 2017, however, it well illustrates the depth and persistence of the societal divide. Legacies of this event persist till today and smaller conflicts of similar nature are nourishing this tension on a regular basis.

National parks: Does it help the forest when ministries fight about competencies?

In autumn 2021, the societal upheaval on Slovakian forests was likely the same as after 2004 though the reason was different. In Slovakia, large parts of national parks are under the ownership of the Ministry of Agriculture (MoA), while the Ministry of Environment (MoE) and the State Nature Conservation have rather limited competencies there. Without going deeper into the complexity of cross-sectoral interactions, permissions, and exceptions, it is obvious that such a set-up is not optimal if we consider the notoriously different attitudes of the two sectors and a poor harmonization of their policies. Interestingly, such a constellation does not exist in any neighbouring country – but it does, for example, in Germany. After the latest election, the government felt to have the power to resolve this and decided to transfer some national parks from the MoA to the MoE, giving MoE full control over the parks. Unfortunately, this happened without any public discussion, far cry from broader political consensus, and in a so-called brief legislative procedure (meaning as fast as possible). What, of course, did not add any legitimacy to this hasty process. As a result, and despite the COVID restrictions, squares were regularly occupied by the protesters from both camps, with some political parties grossly abusing this situation.

The roots of the controversy

I do not feel qualified to say if such a change can bring any good and what consequences we can expect. What astonished me was the argumentation of the two sides and the accompanying discussions in social and other media. The stream of information was so contradictory and chaotic that I made small research to familiarize myself with the situation. The study design was simple, I just spent a half-day watching interviews and reading press releases of MoA, MoE, and other bodies.

Basically, foresters feel offended because their long-term work is being depreciated and forests, which they were historically growing, are now going to be taken away from them. On the other hand, ecologists are horrified how natural parks are being managed, often following the rules of active management, including disturbance control and salvage logging. Therefore, they desire to save the forests by transferring them to the MoE. Sadly, part of the strategy was displaying foresters and forestry organizations as public enemies, grossly despising their societal role and credits. Indeed, such opposing and emotional positions are difficult to reconcile.

The other divide I identified, is a contrasting perception of severely disturbed and salvaged areas, many of them affecting valuable biotopes. I noted that these mainly, but not exclusively, concern spruce forests, where salvaging of windfelled and infested trees (and even preventative removal of healthy trees in the surrounding of infestation spots) is prescribed by law to prevent bark beetle spread. For ecologists, these actions represent an effort to maximize the harvests with a devastating impact on all ecosystem components and recovery. Indeed, numerous scientific papers support such an attitude. On the other hand, foresters do not see any negative connotation here. It is climate change to be blamed, and all measures are taken in line with the law. In various reports, the final connotations are even positive – huge resources invested to combating bark beetles and saving the forests, millions of cubic meters of wood salvaged, and countless trees planted on cleared sites. Although I wish to stay impartial here, evidence on salvaging misuse exist, supported by repeated photographs and airborne images. So, we have two parallel spaces here, with their inhabitants perceiving the same situation in completely opposing ways.

The other frequently discussed topic was the mismanagement of forests in the national parks. For example, MoE claims that national parks are greatly overharvested, harvest intensity increases, and salvaging is often applied even in non-intervention areas and Natura2000 sites. MoA argues this is not true, because their statistics show an opposite trend. However, MoA disposes of sound forestry databases including National Forest Inventory, regularly updated management plans, and ICP Forests monitoring. In addition, they confront these data with remote sensing-based assessments on a regular basis. Unfortunately, interpretations often rely on a subset of indicators only, selected to display all practices, forest conditions, and trends in a positive context. But still, the interpretations are grounded in the data. These assessments, however, do not comply with the MoE policies. Therefore, MoE declared forestry statistics unreliable, reasoning that the organization responsible for them is not impartial (literally ‘takes a profit’) and such values, therefore, cannot be trusted. And they established a separate institute, which is to provide “correct” statistics. Unfortunately, without any hard data to back them up.

After a few hours of watching and reading these materials, I started to ask myself if all the people around are crazy or just me. Is it so difficult to share data among state organizations, build common data-driven and objective grounds, and use them as a starting point for all the following irrational interpretations? At least to agree the forest we speak about is the same. Getting deeper into this situation, I was constantly reminded of a scene from my favorite novel, 1984, by George Orwell. The main character Winston contemplates if any objective truth can exist, or everything is just a matter of actual perception, and even obvious historical facts can be bent and relativized as the situation requires. But then he concluded that if it is granted that two plus two equals four, everything else follows. I have a feeling that today we fight for if two and two are four. And that there is very poor advocacy to this. Indeed, the overall societal shift to the post-truth era has been broadly documented.

I have always believed that hard data and science can help reconcile many conflicting situations by providing an impartial data-driven perspective and that there are some fundamental facts, which cannot be questioned. Such as how much we harvest and where, if non-intervention areas are hit by disturbances harder than managed forest, if we salvage in national parks or not, and how much. However, I have learned this does not need to be true, and a manipulative use of data combined with one-sided interpretations can potentially legitimize any actions and policy. And it seems to be broadly accepted by society, which remains undisturbed by violating the basic logic. Sadly, this also seems to require a new type of researchers whose role is not to search for truth but to support any policy in place by data and scientific jargon.

Now, the new law came to force and the transformation process can begin. Let`s hope that this irrational prologue will become history and the next course of action will be more constructive, collaborative, and driven by data and knowledge. As our national parks deserve.

I am sure that many would disagree with my observations, and that some of my concerns stem just from the lack of understanding. But this is why I wrote this as a blog post and not a research paper, to share my personal perspective.