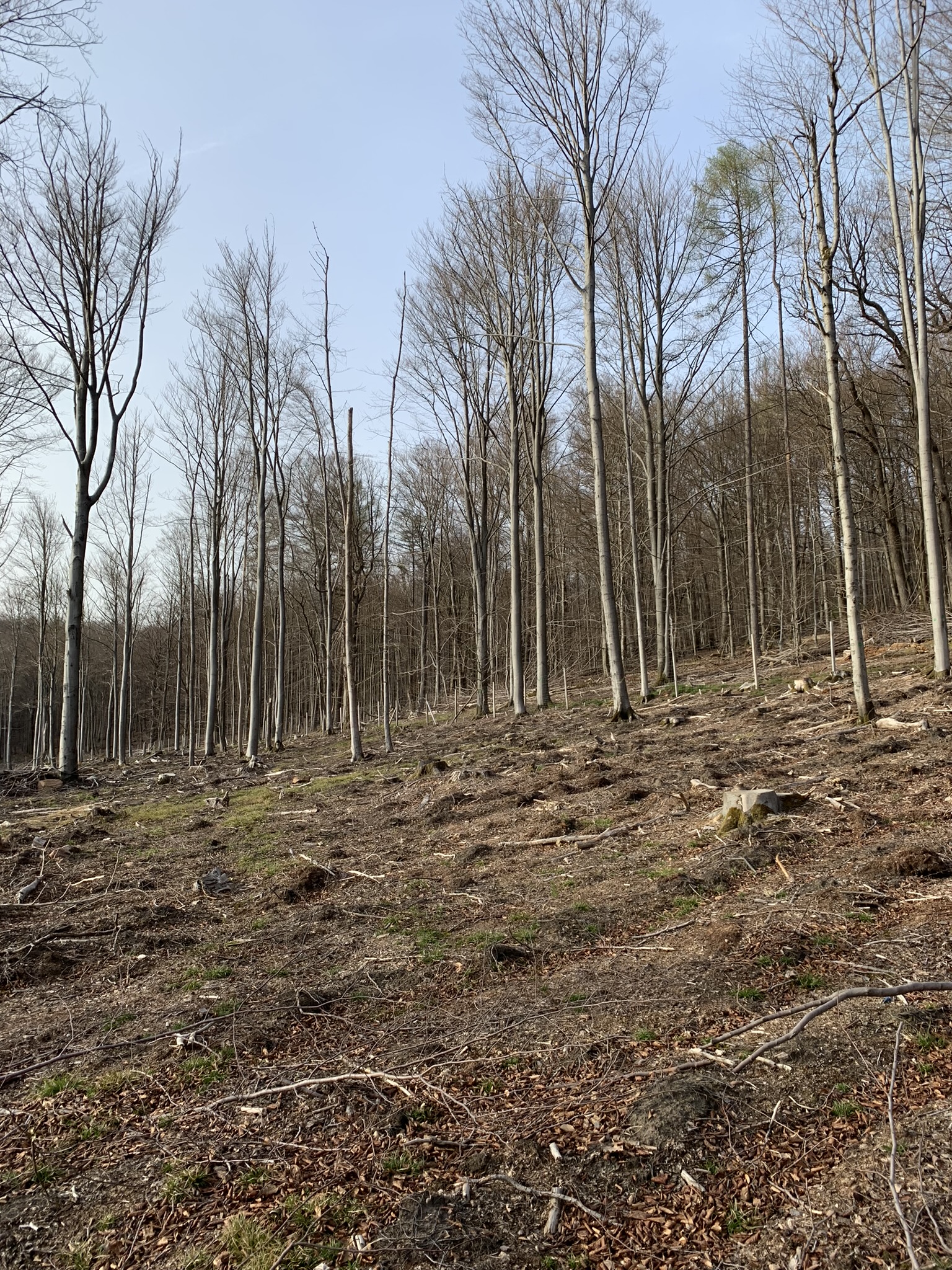 Is European forest management out of alignment with natural patterns in disturbances?

by Joshua Brow, University of Vermont

European forests are in trouble. “Not because they’re being lost,” says University of Vermont scientist William Keeton. “Europe, actually, is greener and more heavily forested now than it has been in centuries.” But many of the continent’s forests are suffering major insect outbreaks, forest disease problems, increasing frequencies of wind-storms, and more-intense fires.
To help give forest managers and policymakers new options, Keeton and a large team of European scientists completed an extensive, multi-year study of forests in thirteen countries across the continent.

Their results show that most current forest management in Europe doesn’t imitate the patterns of nature—specifically, the complex patterns created by natural disturbances that leave behind a mosaic of tree types, ages, and sizes; standing and downed dead wood; and highly variable, resilient landscapes.

Instead, they found that the vast majority—almost 73%—of European forests skew toward homogenous, even-aged plantations. These, historically, have been managed to maximize growth and yield of timber and other wood products, but are increasingly vulnerable to environmental stress and climate change.

And a growing number of European citizens and land managers seek to have their forests make larger contributions to carbon uptake, protecting biodiversity, and other services like water quality and flood protection. But the results of the new study reveal that only 8% of European forests are unmanaged or managed primarily for non-timber objectives such as carbon storage, water quality, or wildlife habitat.

The team of scientists developed a new tool—a three-dimensional map, essentially—that they call a “comparability index.” This index uses on-the-ground, real-world data from across Europe to show that the patterns created by natural disturbances—whether minor insect outbreaks or huge fires—don’t match the patterns imposed on forests by most modern forestry techniques.

Emulating disturbances instead of removing them?

The index shows that natural disturbances tend to be highly variable in size, but less severe than the patterns left by logging and other human forest management. Natural disturbances also tend to happen less frequently. Some, like big fires and windstorms, might occur infrequently yet shape landscapes over many centuries. The disturbances caused by rotational forest cutting are more frequent, allowing less time for ecosystems to develop habitats that recover slowly. Perhaps most importantly, the new index shows that natural disturbances usually leave more living and dead trees and wood behind (what the scientists call “residual structure”) than the four major types of forest management popular in Europe—like clearcutting, the repeated cuts of young trees in coppice systems, shelterwoods, and the continuous removal of medium-aged trees in a selection system.
“For the first time ever, our paper shows how European forestry practices could more closely emulate natural disturbances to produce a broader range of habitats and ecosystem services, and to be more sustainable and resilient,” Keeton says. “This is new, leading-edge thinking for Europe, where controlling and removing disturbances, rather than emulating them, has been the dominant way of thinking for several centuries.”

The new study, “Natural disturbance regimes as a guide for sustainable forest management in Europe,” was first published online on March 27, 2022, and will be included in a forthcoming edition of the peer-reviewed journal Ecological Applications.

“We increasingly realize that human disturbance is very different than natural disturbance,” says Réka Aszalós, the lead author on the new study and a forest scientist at the Institute of Ecology and Botany in Vácrátót, Hungary, who collaborated with Keeton as a visiting scientist at the University of Vermont, and while he was in Europe on sabbatical, through the U.S. Fulbright Scholars Program.

That’s why the scientists in the team suggest that a style of forestry called “close-to-nature” or “natural dynamics silviculture” would be beneficial for European forest managers and policymakers to include in their toolkit. “We need large trees, wildlife trees, habitat trees, dead wood in different stages of decay, microhabitats, and complex canopies, for many kinds of creatures and biodiversity,” says Aszalós.

Silvicultural techniques that pay more attention to these elements of natural forests—and copy the dynamics of natural disturbance at the scale of individual stands of trees and larger landscapes—”can enrich Europe’s portfolio of management systems,” the team writes in the new study, “for example, where wood production is not the primary objective.”

The team’s new study shows that the high-intensity, even-aged forest management practices used in much of Europe “are far out of alignment with natural disturbance regimes,” Keeton notes, “and by inference, the conditions under which organisms co-evolved and are most adapted.”

Since the end of the last ice age, people have used and changed the forests of Europe—decisively so since the Neolithic revolution of settlement and farming over the last 6,000 years. And for the last few centuries, European countries have developed great expertise in managing the vast majority of their forested lands for intensive production of timber.

These managed plantations—often maintained with clear-cutting; composed of even-aged stands of one species; and harvested every 80 or 120 years—control forest dynamics to sustain a flow of wood to market. The supposed benefits of removing disturbances—like fire, dead and dying trees, floods, or non-marketable species—has largely been taken for granted until recent years. However, a growing body of research shows that a single-minded focus on maximizing growth, and yield of merchantable volume, often diminishes a forest’s resilience to many stresses—from climate change to bark beetles to drought.

“We found that more than 85% of the managed forests in Europe mimic some kind of stand-replacing disturbance. This is a huge percentage of our forests given that almost all forests in Europe are managed and there are very few nature reserves,” says forest scientist Dominik Thom, a co-author on the new study at the Technical University of Munich in Freising, Germany, who also has been a visiting post-doctoral researcher in Keeton’s lab at UVM and an affiliate of the university’s Gund Institute for Environment. “The things we are missing the most in our forests are late-development stages,” he says, “old-growth structures, such as really large trees.”

In a natural forest, a great deal of complexity emerges over many years and centuries. UVM’s Bill Keeton—a professor in the Rubenstein School of Environment and Natural Resources and fellow in the Gund Institute for Environment—sees it in the old forests that he’s studied for decades around the globe. He’s worked to imitate and include key characteristics of old growth in various forestry techniques he’s developed for a range of landowners with diverse goals. “And natural disturbances create very complex patches and mosaics too,” he says. “They’re nearly infinitely complex. If we can emulate natural disturbances a little more closely in managed forests, we’ll have a better chance of providing the full array of habitats that salamanders and fungi and spiders and many other forms of life need—and we’ll probably make these European forests, and ourselves, more resilient to the fast-changing climate.”