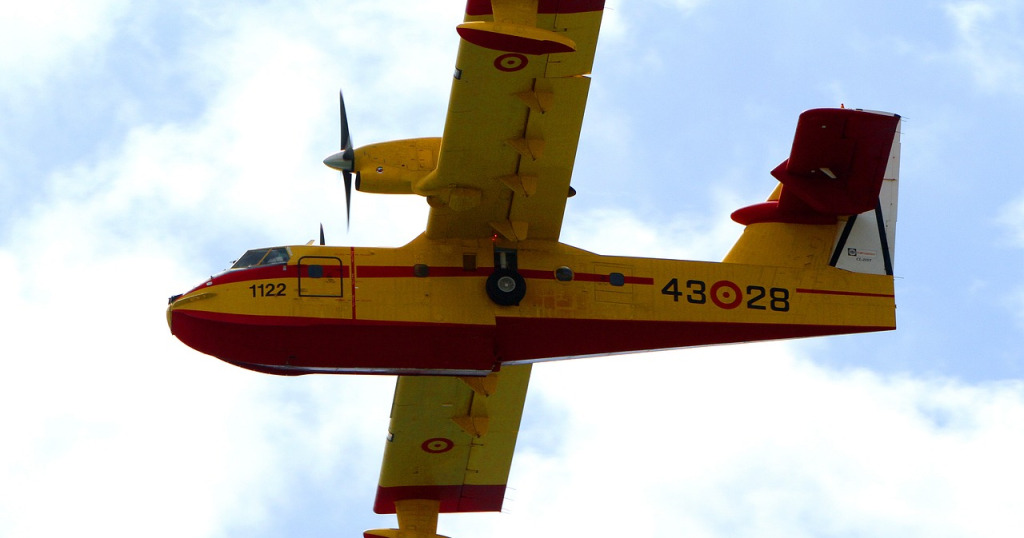 A rough estimate of (business) interest in aerial firefighting
In general, only 10% of a fire management budget is spent on fuel load management for prevention and 90 % are spent on fire suppression. In these 90% the majority again is dedicated to aerial assets. This article would like to stimulate a reflection on how to create more balance in the use of fire management budget.
This compilation of thoughts on the monetary benefits of aerial firefighting is not intended to be conclusive, but rather a suggestion –  a suggestion that hopefully provokes further conversation among diverse stakeholders about how the urgently needed balance between fire suppression (response) and land- and forest management (prevention, mitigation, resilience) can be reached.
This short text does clearly not intend to say we do not need aerial firefighting. Of course we need any support that we can get while fighting unwanted fires. The intention however is to motivate equivalent political will and budget for prevention and mitigation, for increasing the resilience of the land and to make firefighting safer and more effective.
When thinking about the countries affected by wildfire in Europe, Portugal, Spain, Italy, Greece, Croatia, France come to mind. But there also a long list of less prominent countries like Sweden, Norway, Poland, Bulgaria, Serbia and others. And all these countries deploy, to some extend, firefighting aircraft. With its new rescEU plan (which I commented here), the EU is also aiming at an own, additional fleet of water bombing aircraft. Albeit the aspect of prevention through land management is mentioned in the rescEU plan, the first component (water bombing aircraft) is getting most of the attention. This links to the fact that flying helicopters and water bombing is better publicity for media and politicians than sheep and goats grazing a fuel reduction zone.
To make it easier to digest, I suggest to start eating the elephant bite by bite. Let’s look at only one country and at only one type of firefighting aircraft: Italy and the Canadair 415.
In 2017, Italy has flown 26 000 hrs with their Canadair 415 fleet alone. At an hourly cost of likely € 3500 to € 4000 that would sum up close to € 100 000 000. But here I am speaking only about the direct costs. Thus, I am estimating € 100 000 000 for one country, in one year, for one type of aircraft.
We can assume that in Italy’s smoky skies you will see not only the Canadairs, but as well Single Engine Air Tankers (SEAT) like the AirTractor 802 or Dromaders, small helicopters and big helicopters. The fixed-wing aircraft are normally more cost efficient than rotary wing, but this just guessing. Altogether, the annual direct costs (without all the related indirect costs) could be € 200 000 000… Or even more?
Finally, Italy is not the country with the most aerial assets in Europe. We would have to add Portugal, Spain, Greece, Croatia, and France with maybe the same magnitude or even higher costs. And I am not speaking about the countries less affected by fire.
I am aware that these figures are guessing. However, they demonstrate very impressively the magnitude of turn-over and huge business interest. In my opinion, the status quo of the forest fire situation in Europe serves business interests.
If an equivalent budget, or even just a fraction of that budget would be available for integrated fire management, for land (fuel) management, incentives for bio-economy etc., we could increase the resilience of the landscape, create large scale employment and make firefighting much safer and more effective.
And again, this is not to say we do not need air support in fighting unwanted fires. I am emphasizing that Europe needs political support in finding a good balance between fire suppression and preventive management of the available fuel load. Intelligent land- and forest management could indeed be very helpful here.
Related: https://boingboing.net/2019/04/15/mediagenic-boondoggles.html?fbclid=IwAR3H4Z8Biu6teFl6sBg3jY-W_eBfmNX0T5JWn3hU2SgcDb1IZSFqJLDEeo0