Mogens, rewilding is a trend in Denmark now – who are the ones who argue for large connected wild nature areas and no further management? And what is the approach of the Danish Nature Agency?
In Denmark there is a growing interest among nature conservationists and nature conservation NGO’s for large connected wild nature with large herbivores (plant eater). A large area in a Danish context is considered to be 500 ha. Some argue for re-introduction of species which have been part of nature in Denmark in pre-historic time, e.g. wild horses, European bison, moose, and even elephants. Others find domestic animals such as cattle and horses, sufficient to create natural disturbances in nature areas for the benefit of biodiversity.
Denmark is a much regulated landscape with agriculture covering more than 60 % of the land area. Therefore, it may be relative expensive to include private land in rewilding projects  Also, in order to avoid major conflicts with agricultural interests, rewilding is likely to be limited to large fences. State owned land is the focus of rewilding interests. In Denmark, state owned land is primarily managed by the Danish Nature Agency under the Ministry of the Environment and Food and covers app. 5% of the total land area in Denmark (210.000 ha).
In forest and nature areas with conservation of biodiversity as the major objective, large grassers and browsers are considered important elements for natural dynamics as they create disturbances and maintain open habitats in the forests. Large domestic grassers have been kept out of the forest for the last 200 years due to strict forest legislation. However, in recognition of the role of grassers in natural systems, the Danish Nature Agency has been working with several pilot projects over the last 20 years. The first rewilding project initiated by the Danish Nature Agency was the re-introduction of the beaver in 1999. The major difference between re-introduction of beaver and re-introduction of large herbivores is the fact that beavers were introduced into nature without a fence. Ongoing projects with large grassers in fences include wild horses (100 ha), bison (200 ha) and several smaller areas with grassing domestic animals in the forest. Some argue that rewilding is a low cost tool for conservation of biodiversity. However, keeping animals in a fence is not possible without some management including inspection and maintenance of the fence and management of animal welfare. A fence limits some important ecological processes. First of all, lack of natural predation will require management of the population size of grassers. In natural systems (without a fence), large herbivores will move across large distances in search of grassland. As this is not possible in a fence, it may be necessary to add fodder to the system during rough winters, if not reducing the number of animals.

Some questions arise when working with large fences for nature conservation: In Natura2000 areas, will large grassers contribute to conserve nature types according to plans? What about public access and willingness for recreational life to enter fences? People have free access to the fences at own risk. Finally, promoting recreation is a major objective of the Danish Nature Agency as well as biodiversity conservation and forest management – so how can we properly combine these three forest functions?
The Danish Nature Agency organized a Seminar on the transition from managed forests to forest biodiversity reserves in Denmark in March 2018. What was the aim of the seminar and what did you learn?
In 2016, the Danish Government decided on the so-called “Nature Packages” with various initiatives to strengthen nature conservation. One major initiative was to set aside 13.300 new hectares of state forest for strict reserves with the aim of conserving biodiversity. When implemented, the total share of forest set-aside for biodiversity (non-intervention) will account for 20 % of the total state forest area. The most diverse near-natural state forests were set aside 25 years ago. This has left us with the challenge of setting aside forest which has been under traditional forest management for nearly 200 years, mainly even-aged stands with one or few planted tree-species. Our plans are perfectly explained in the video below (with English subtitles if you do not speak Danish).
[youtube https://www.youtube.com/watch?v=0PE3dNqcBto]
On the 14th of March 2018, the Danish Nature Agency organized a seminar with the aim of discussing the challenges and opportunities of converting forest with a 200-year history under classical forest management to forest reserves for conservation. An important pre-condition in the political agreement includes a ten-year transition period for deciduous forest and a 50-year transition time for spruce plantations, in which felling of economic valuable timber is to contribute to part of the costs of setting aside forest for conservation. The main objective of the seminar was to combine two approaches: on the one hand to fell the most valuable timber and on the other hand to prepare and promote the following natural development in the forests for biodiversity conservation. Thus, we discussed how to use felling of timber as a tool to promote more diverse forests?
We learned that it may be possible to take out economically valuable timber in a way that creates more diverse stands and at the same time save valuable elements for biodiversity such as microhabitats and also trees with microhabitats (trees of low economic value) etc. Both researchers and critical NGOs had a fairly common understanding of the framework after the seminar, even though it is still controversial to harvest timber in forest intended to be set aside for conservation.
The results of the discussions and the input from participating researchers (who also contributed a valuable report) have been applied to guidelines for harvesting in forests to be set aside for biodiversity conservation. 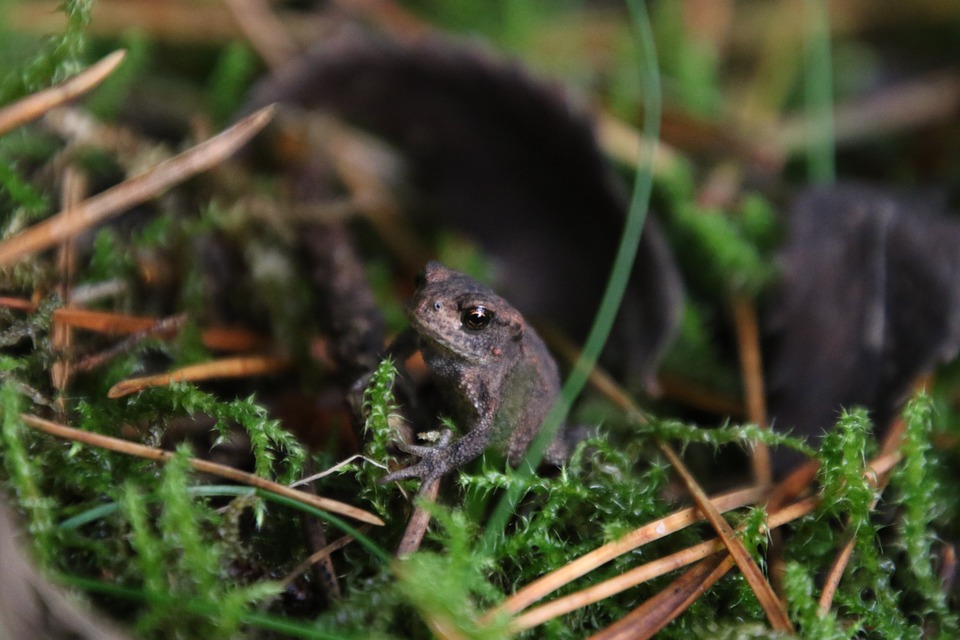 What benefits do you expect from the transition from managed forests to set aside forest reserves for conservation? And what are the foreseen challenges?
We expect that the transition will provide better conditions for biodiversity, and faster compared to leaving it un-touched. Introduction of grassing animals and restoration of natural water will speed up the process. Harvesting part of the standing volume under consideration of biodiversity values will create additional light and a basis for a more diverse forest structure.
In the transition process there will be logistical challenges. A 10-year transition period is relatively short when working with forest. Especially in younger stands it may become a challenge to make useful interventions, at low cost, that promote the transition to conservation.
Furthermore, it is a major objective to reduce exotic tree species, especially species originating from outside the European continent. However, one of the challenges will be to prevent the regeneration of exotic species as well as invasive species. In order to meet this challenge, management plans will be made in order to handle invasive species also after the transition period.
The main focus of the management plans is first of all to plan for known biodiversity. Also, the management plans will be coordinated in order to plan harvest interventions and sales of timber in the transition period.
Can you elaborate a bit on the linkages of this project to the INTEGRATE Policy Network and to European Forest Institute’s INFORMAR project?
In Denmark, as in other European countries, we have had an intense debate on and interest in conservation of biodiversity in forests among politicians, forest authorities, researchers and NGOs. In this context it is very valuable for us as state forest managers, to become part of a wider international network sharing knowledge on integrating biodiversity in forestry.
Specifically, we have benefited from access to the INTEGRATE network in our planning of the seminar described above. Both German and Swedish researchers where invited to present valuable science-based insights in order to open up the narrow Danish debate. Guidance and discussions with the network secretariat was very appreciated in the planning of the seminar.
Furthermore, we have adopted and translated the tree microhabitat catalogue developed in EFI’s Integrate+ project. The Danish version of the catalogue is now part of the toolbox used in the transition process.
Hopefully, our experiences may be of use for other members of the network.