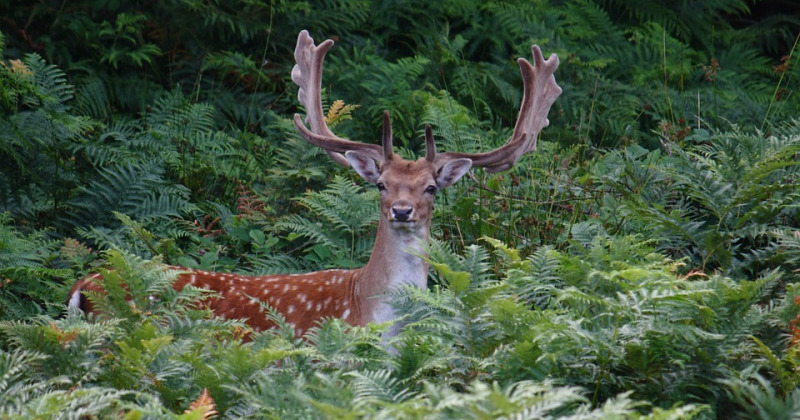 No, not the border fence between Ireland and Northern Ireland, no.

In this blog, we are discussing tree species composition, forest adaptation and conversion towards more resilient forests! Deer management in silviculture is one of the crucial factors to consider, just like enough light for the seedlings and site conditions. And here are the fencing news from Ireland, I quote from the Irish newspaper “Independant”.

“New deer fencing grant among measures to support biodiversity of Irish forests: Minister of State at the Department of Agriculture, Andrew Doyle today announced the opening of three new support measures to support biodiversity of Irish forests. A new scheme to support  ‘Continuous Cover Forestry’, (CCF), which allows for the production of commercial timber while retaining forest cover at all times. Continuous Cover Forestry (CCF) is an alternative forest management approach where the forest canopy is maintained at one or more levels without clearfelling. The distinctive element of CCF is the avoidance of clearfelling areas greater than 0.25 ha or more than two tree heights wide without the retention of some mature trees. These systems are generally associated with natural regeneration but natural regeneration can be supplemented by planting if required.  A new Deer Tree Shelter and Deer/Hare Fencing Scheme which aims to support land owners who wish to plant broadleaves in areas where there is a risk of deer damage. All three species of deer in Ireland are capable of inflicting serious damage to trees, sika deer, fallow deer and red deer. The types of deer damage include:

Now, in Germany we did build many thousand kilometers of deer fence and then had intensive discussions about deer and fencing. I would say the lessons-learned are that fences are expensive, unnatural and in many cases not really deer-proof either. One has to control and maintain those fences regularly and over many years. They fragment and reduce the deer habitat. A far better approach for the majority of forest area is to have a good balance between deer numbers and silviculture objectives, i.e. reduce deer numbers, manage the habitat also for deer and not only for trees. Less deer in the same area is happier and healthier too!

Just to make the deer fence problem a bit clearer, here is a short video (source: private) from a brand new expensive deer fence in Irish woodlands… Unfortunately no good investment. If the dog can fit through this fence, deer can as well.