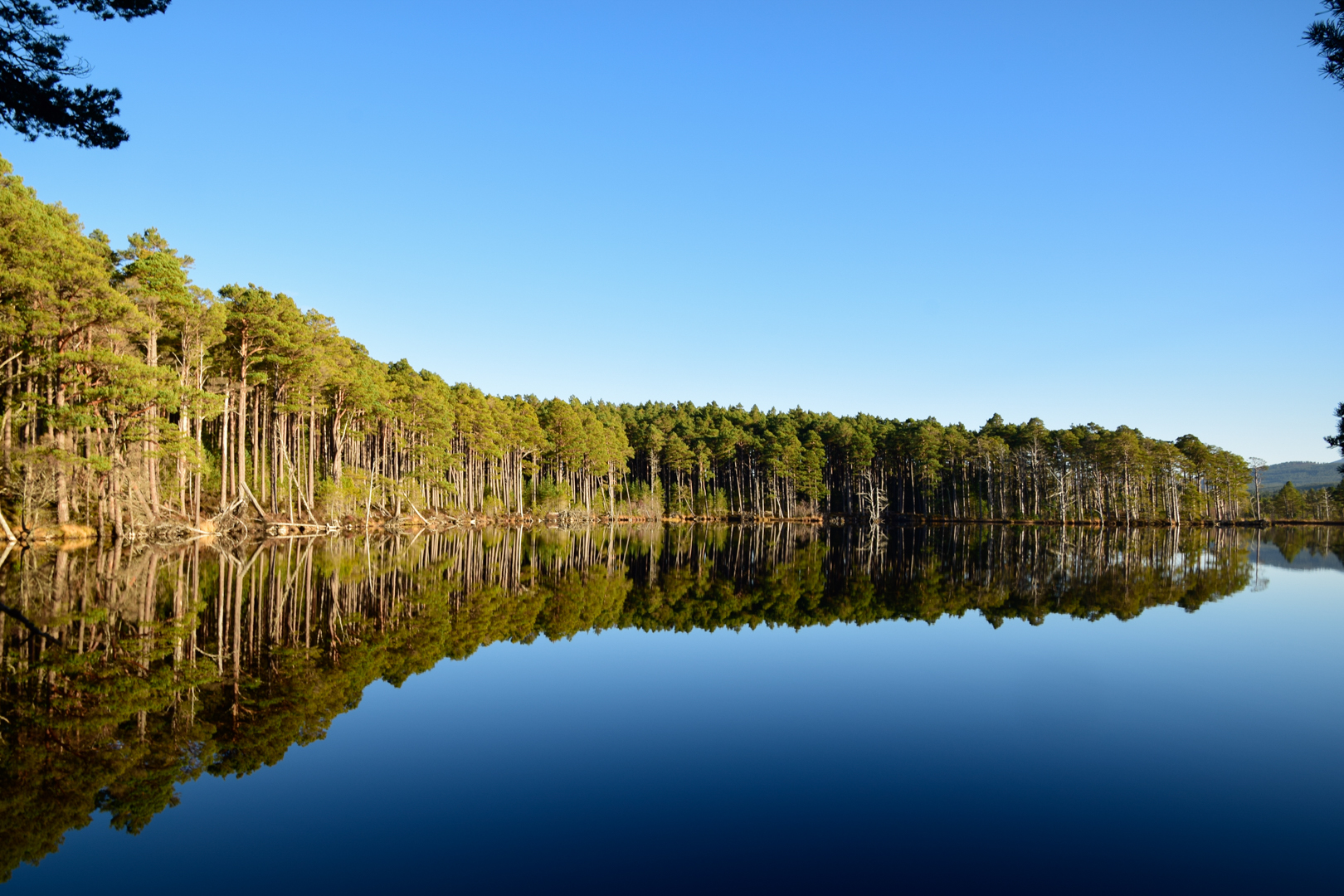 Life after recovery: how Scots pine trees compensate for drought

Did you know that researchers have linked extreme drought events to losses in forest productivity and widespread tree mortality on every forested continent on earth? As a result of climate change, in the coming decades we expect these drought events to increase in frequency, duration and intensity in many parts of the world, posing an emerging set of challenges at a scale that many contemporary forests have so far not had to deal with. This in turn means that we need to understand how forests respond to, and recover from, such events across a range of both temporal and spatial scales to ensure our forests are resilient to the challenges of a future climate. This understanding must cover everything from how between-tree variability buffers against stand-level change, which tree and stand attributes and management practices confer resilience, how different species growing in different locations respond to similar types of drought and what the long-term implications of these events mean for biodiversity, forest carbon, stand structure and forest growth, amongst many others. In our recent paper “Life after recovery: Increased resolution of forest resilience assessment sheds new light on post‐drought compensatory growth and recovery dynamics” published in the Journal of Ecology (Ovenden et al. 2021), we look at the recovery of trees after drought from a new perspective.

Commonly, approaches to quantifying forest resilience to drought compare average tree growth before drought with average tree growth after drought (Lloret et al. 2011), often using measurements obtained from tree-rings. While this approach has been instrumental in advancing our understanding of the different responses of tree species and forest systems, it does have several limitations. For example, this approach necessarily requires a somewhat arbitrary decision to be made in advance about the appropriate number of years to use in the calculation of both these pre- and post-drought growth averages. Similarly, this approach does not account for the historical relationship between different climate variables and tree growth at a particular site, or for the climate conditions in these pre- or post-drought years that resulted in the growth rates to be averaged. For example, if the years before a given drought event were unusually good for tree growth, we may risk setting the bar for recovery too high. Equally, we might expect different outcomes if the climate within which a tree recovers from drought were favourable to growth, compared to if they were unfavourable. These are both important considerations, as the climate before and after drought sets the context in which drought impact has to be interpreted and the conditions within which recovery has to occur. Finally, the comparison of growth averages reduces the complexity of drought response over time down into a single number, which limits our understanding of forest response dynamics, recovery trajectories and drought legacies by simplifying the temporal scale and resolution of our assessment.

To build on this foundational work I describe above, we developed an alternative approach to measuring growth resilience that uses dynamic regression to statistically capture each individual tree’s relationship between climate and growth before drought over many years. This relationship is then combined with annual post-drought climate data to forecast tree growth annually for the drought year (for which we replaced the extreme climate variables with values representing an ‘average year’) and nine subsequent years. As a result, these forecasted growth values represent a situation where no drought had occurred. The advantage of this approach is that it allows us to compare the annual growth that we observe in the tree-ring record in both the drought year and in the years that followed, with forecasted growth in a no-drought scenario. In turn, this allowed us to calculate tree-level recovery times and quantify the immediate impact of drought on tree growth during the drought year, but also the legacy of drought on tree growth every year throughout and even beyond the recovery period, over longer timescales than previously possible.

To test this new approach, we assessed the impact of an extreme drought event that occurred in a stand of Scots pine (Pinus sylvestris) trees in 1984, growing in an experimental forest that was established in 1935 in the north of Scotland. We compared the response of these trees both individually and collectively in 1984 and for the nine years after drought relative to a no-drought scenario, to follow their recovery trajectories and quantify the total impact of this event on radial growth.

We found that the speed of recovery varied considerably between individual trees, despite them being the same age, species and growing at the same location. On average, trees took four years to recover to their forecasted growth rate. While most trees recovered to forecasted levels between 1-6 years after drought, some still had not recovered nine years later. We were also able to see whether differences in tree resilience were linked to tree size and growth rate before the drought occurred. We found that trees that were growing faster before the drought were significantly more resilient than slower growing trees, while larger trees were less resilient than smaller ones. However, we also discovered that being a faster growing or smaller tree was only associated with higher growth resilience at certain stages during the drought recovery process.

What really surprised us was what happened after some trees had recovered to their forecasted growth rates. By following the growth of these trees into a post-recovery phase, we found evidence for significant ‘compensatory growth’ in many, but not all trees. This means that a proportion of trees growing at this site went into ‘overdrive’ and started growing faster than we would have expected if no drought had ever occurred. While this was not the case for all of our study trees, this compensatory growth was sufficiently strong in enough trees to reclaim some (but not all) of the growth that had been lost from the forest as a result of the drought, reducing our estimates of the total amount of lost radial growth. That is, the overall effect of this overcompensation reduced the total impact of drought, so that the estimated loss of radial growth across all trees nine years after this drought event was actually less than after four years. We found this particularly interesting as studies of forest resilience using approaches such as those mentioned previously (that average pre- and post-drought growth) are often unable to look beyond four years after the drought event, meaning that to date, the existence of any patterns of compensatory growth may have been overlooked.

Compensatory growth of this kind has been recorded in other biological systems such as fish (Álvarez 2011), moths (Kecko et al. 2017) and grasses (Østrem et al. 2010), but has been widely unexplored in stress-ecological studies, particularly of mature trees following extreme events such as drought (Gessler et al. 2020). Documenting this pattern in adult trees is encouraging, as it seems to indicate that under some conditions, a mechanism might exist that enables forests to recover some of the impact drought has on growth. However, we need to establish if compensatory growth mechanisms are more widespread in other species, regions and conditions before drawing wider conclusions as to their importance in mitigating drought impact. Similarly, even if found to be more widespread, as compensatory growth necessarily occurs post-recovery, increases in drought frequency and severity could overwhelm any benefits. Nevertheless, our approach allows this to now be more widely explored and our results suggest that, when drought does not cause widespread tree mortality, short-term assessments of forest response to drought may risk underestimating tree and stand resilience and overestimating losses in above-ground biomass. This in turn could have knock on implications for both forest management targeted at increasing resilience, carbon budgeting and our understanding of drought legacy.

Editors note: Tom Ovenden has been awarded two scholarships by European Forest Institute in 2020. The first was EFI’s Short Term Mobility (STM) Grant, which was awarded to Tom to visit and collaborate with David Forrester and colleagues at WSL in Switzerland. The second scholarship was the joint initiative between IUFRO and EFI as part of their Young Scientists Initiative (YSI) to collaborate with Thomas Kitzberger on a project to assess the resilience of Patagonian forests to extreme drought.