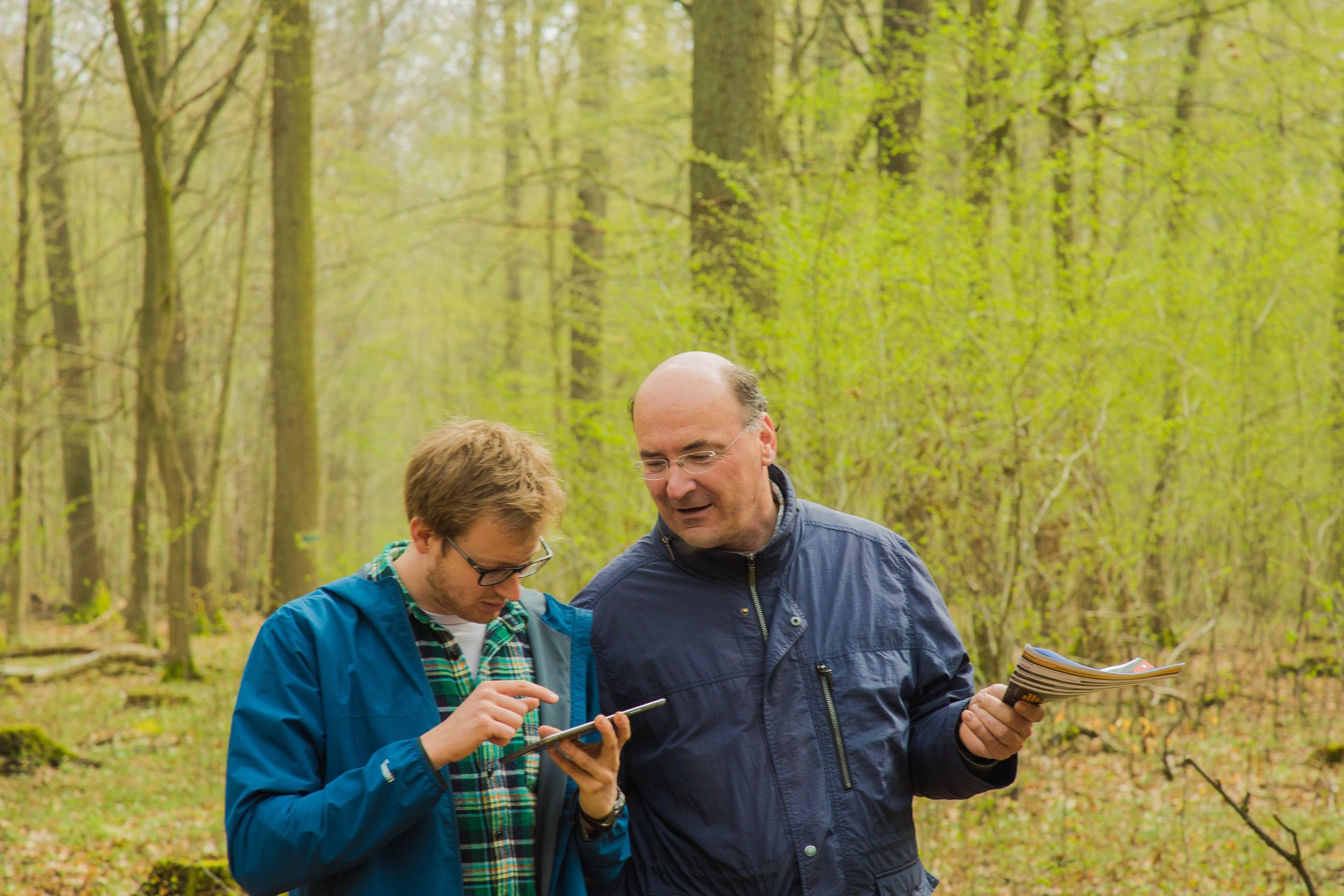 Thomas Hausmann, who has a background in forestry and is working with the the German Federal Ministry of Food and Agriculture since many years, was one of the initiators of the European Network Integrate, which is connecting people from forest management, and nature conservation, science and
policy-making to overcome political polarization and limited dialogue between sectoral silos. With almost 20 member countries and more than 100 demonstration sites, the network promotes the integration of nature conservation into sustainable forest management. We have spoken with Thomas about the history of the network, challenges faced and future perspectives.

What were your ideas of the Network Integrate when it was first discussed in 2015/2016? Did you imagine the Network would become as prosperous and active as it is now?

In my work in the German Federal Ministry of Food and Agriculture, I found it sometimes frustrating that nature conservationists complained in the press about foresters and forest owners because they did too little for nature conservation in their forests. Corresponding reactions from the other side also mostly came through the press. They talked about each other, but not with each other. Since we always have to balance different interests in a specific forest area, the head of my unit, Matthias Schwoerer, and I were convinced that we had to bring both sides together in order to talk to each other about the best solutions for both effective and efficient forest nature conservation. And in the best-case scenario, this dialogue would take place in the forest. Of course, we also had in mind the scientific work of the European Forest Institute done so far and in particular the scientists Andreas Schuck, Frank Krumm, Daniel Kraus and Alexander Held. These researchers had worked out the importance of microhabitats for integrated silviculture. Eventually, the idea arose that we wanted to look for supporters for a European network INTEGRATE, because the exchange of experiences beyond national borders was particularly important to us. At that time, we were fortunate to being able to address the issue as part of a strategic political dialogue with the Czech Republic.

In Tomas Krejzar we found an enthusiastic forester and policy maker from the Ministry of Agriculture in Prague. In 2016, the ministers from our both countries decided to submit the so-called Prague Declaration as the basis for the European Network INTEGRATE as a proposal to the European Commission and here to the Standing Forestry Committee. In the Committee, all EU Member States supported this initiative. Today, we have almost 20 states that are actively involved. With Switzerland as current Chair, this also includes a non-EU state, as well as representatives of the European Commission. I am very happy about this, although I am only now seeing that INTEGRATE is perceived as a serious partner in the forestry industry and at political level in Brussels. This is mainly thanks to the conference “How to balance forestry and biodiversity conservation – a view across Europe”, organised by Switzerland together with the Federal Ministry of Agriculture and the European Forest Institute. In the future, I hope that the balanced and integrative voice of INTEGRATE will be even more involved in political debates.

A network heavily depends on people supporting it. Why do you personally endorse the Integrate Network activities?

Such an initiative lives with and from the people who contribute their time, their visions, their personality, and their strength. Of course, these people must also have political support from their ministers. In addition to the people I have already mentioned, Kurt Bollmann from Switzerland was an inspiration for me. He shaped the phrase “Protect your ecological hotspots in the forest by legal protection permanently and try to get as much structure as possible into your forest on the rest of the large area in order to allow as many species as possible to habitat”. To this day, this approach has in my opinion been most successfully implemented in the Bavarian Forestry Office Ebrach in the Steigerwald. The head of office in Ebrach, Uli Mergner, has managed to balance the demands of nature conservation, as well as the expectations of sawmills and firewood owners and those of the many forest visitors. Currently, the establishment of a national park is being discussed in the Steigerwald. I do not think this is needed, because the foresters have established an optimal balance of interests and can certainly continue to guarantee compliance with it in the future. But in other corners of Europe there are also great examples of forest managers and forest owners implementing integrated forest management strategies. These ‘best practices’ examples should be more supported and promoted to inspire others. The recently published anthology „How to balance forestry and biodiversity conservation – A view across Europe“ (Frank Krumm et. al) is in my opinion an important contribution to the debates, showcasing several different examples of integrated approaches all over Europe.

What I consider crucial, however, is that the dialogue with the forest visitors and the various interest groups in the forest, such as the volunteer conservationists, the mountain bikers or the riders, to name but a few, is intensified. In the public urban forest in particular, I therefore see foresters more and more in a role as mediators and public relations workers.

Based on many positive experiences of recent years, I would like to promote the instrument of marteloscopes. Marteloscopes are 1 hectare forest plots in which tree measurements (covering both the economic as well as the ecological value of each tree) and innovative software for hand-held devices are linked to provide a framework for in-forest training. That includes for example the marking and selection of trees and identification of habitat structures. Results of the exercise can then be instantly visualised on a tablet computer or laptop in the stand and thus serve as input for stimulating discussions in the field.

When considering both the economic and the ecological value of the forest – how could the marteloscopes potentially work as a tool for conflict resolution between different interests?

I took part in several of these exercises and was fascinated how well one could get engaged with nature conservationists when discussing concrete examples. For instance, many stakeholders from nature conservation did not know that the forest owner with an oak trunk which can be processed into veneers could generate 6,000€ and yet the ecological value of the remaining stock was hardly reduced by this extraction. I had to learn how many microhabitats exist in the forest and which species depend on them. This knowledge was not necessarily taught in the university many years ago. Then, the common position was: “The poor-quality tree falls first.” But as part of the marteloscope exercises we learned that for instance damaged trees are most important from an ecological point of view, and therefore deserve their proper space in the forest.

What are your future wishes for the next 5 years?

Since January 2021, I changed my area of work. For the next four years, I will be Head of the International Secretariat for the Forest Europe process in Bonn. However, I am sure that the Network Integrate, with European Forest Institute as Secretariat and the current chairman, Christoph Dürr from the Swiss Federal Office for the Environment, is in the best hands. Of course, I will follow the further development of the Network with great interest and I thank you for the opportunity of this interview.