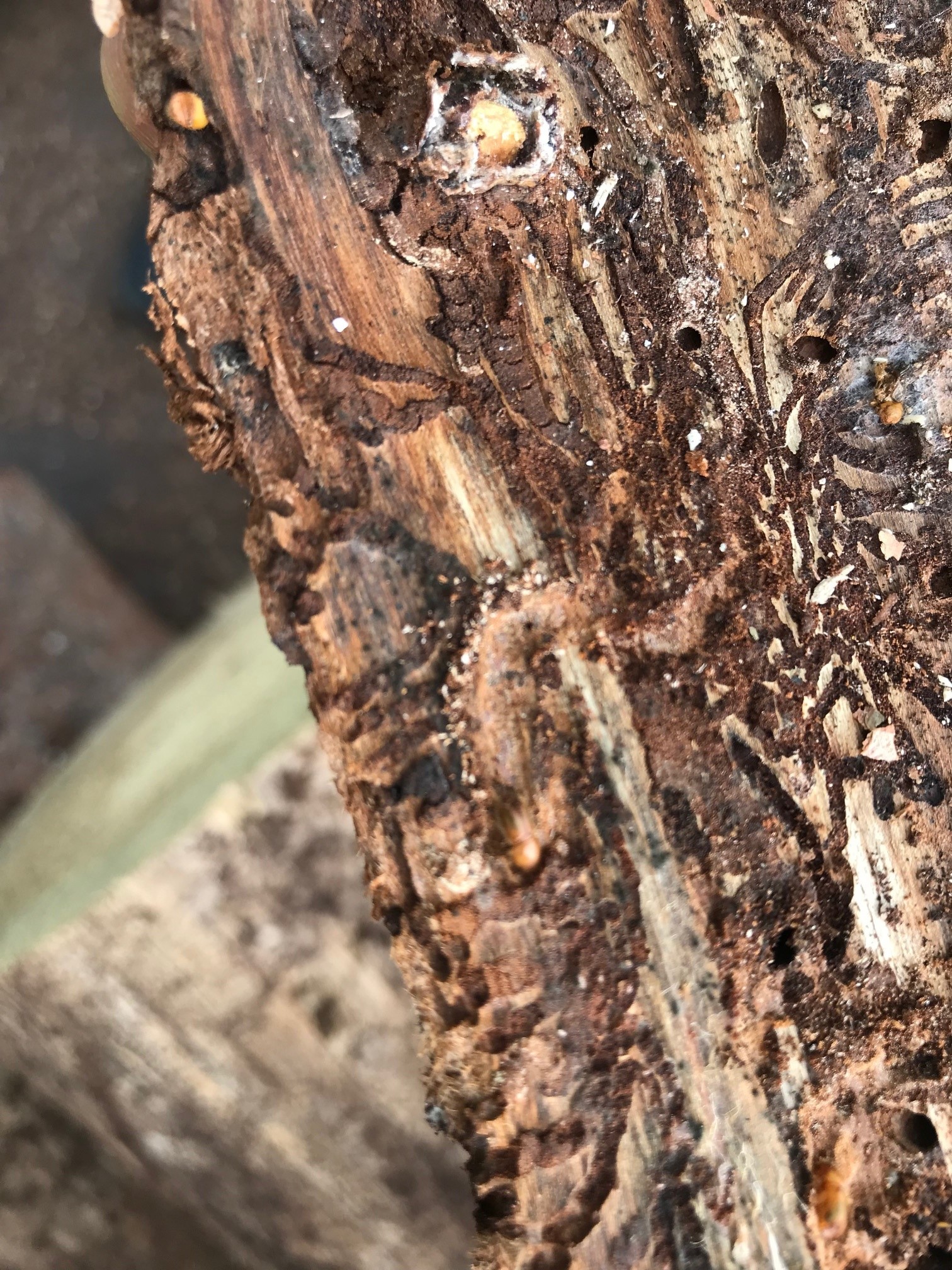 Jumping into the deep end – or better: jumping right into deep forest: fieldworks are one of the best parts of my PhD project with Wageningen University and the Joint Research Centre. This time, together with more than 30 junior and senior researchers from all over Europe and more than 40 additional virtual participants we had the first project meeting of the RESONATE project from 4th – 6th October in Kostelec nad Černými lesy (Czech Republic). RESONATE, short for “Resilient forest value chains – enhancing resilience through natural and socio-economic responses” is a project lead by European Forest Institute, with 20 European partners. The project meeting was hosted by the Faculty of Forestry and Wood Sciences of Czech University of Life Sciences. It took place in the castle of Kostelec and Černými lesy, operated by the Czech University of Life Sciences Prague, and surrounded by the Bohemian Forest. One of the most exciting parts of the event was the excursion, where we could see the effects of recent large scale bark beetle outbreaks.

Guided by Martin Jankovsky, associate professor at the Faculty of Forestry and Wood Sciences, and Radek Kajfosz, the liaison between the faculty and the forest enterprise, we first stopped at the sawmill of the Forest enterprise. It was an interesting starting point, because we had the opportunity to see what kind of wood is valuable from a commercial perspective. We learned that in Czech Republic (and of course in many other countries in Europe) forest structure and composition has been and is shaped with the goal to produce valuable wood to be sold to the industry. In this case the sawmill was quite antique and could process only conifer trees. As Radek, our local guide indicated, the forestry sector in Czech Republic predominantly processes softwood. Broadleaf trees are primarily used as fuelwood, and only selected assortments such as high-quality oak logs are sold to specialized sawmills.

Radek explained that in 2020 the sawmills’ full capacity was needed to process all the wood attacked by the beetles. He said that the average process volume used to be around 50.000 m3/year, while they harvested and processed 90.000 m3 last year. This is not an isolate case, in fact bark beetles outbreaks have been recorded in several central European countries (for more information check out the recently released paper on “Bark Beetle Outbreaks in Europe: State of Knowledge and Ways Forward for Management” by Hlásny et al.). They have been resulting in a market overflowed with spruce wood, causing a terrible price fluctuation. The representative of the sawmill, Štěpán Jarolím, explained that in 2019, during the crisis, 1m3 of spruce was sold for 30 euro/m3, while in the period 2019-2021 the price increased more than double. Although the sawmill had difficulties to keep up with the harvesting volume, in general they managed to sell all the sawn wood since prices were low.

In fact, once the trees have been attacked by bark beetles, forest owners usually try to remove them as soon as possible to prevent further spread as well as a drop of the value of the tree. Beside an economic and silvicultural aspect, there is also an environmental issue to consider. In fact, salvaging the trees attacked by insects might be relevant from a carbon budget point of view. Large patches of dead forest are more prone to wildfires, which would immediately release a massive amount CO2 into the atmosphere. The sustainable removal of forest biomass could help to prevent this risk and, at the same time, provide a green source of materials and energy.

We discovered that most of the wood at the mill came from salvage logging. Some of it was already showing the typical blue stain caused by fungi after a beetle’s attack. An interesting remark was that even if the wood was presenting this defect, it would still find a market, when sold to companies who were further processing the lumber with coating or colour.

After this insightful exchange at the sawmill, we visited two forest stands next to each other. On the right side there was an empty field with only few trees left and a completely bare ground. The stand of even aged spruce trees was attacked by beetles and had been harvested in 2017 with a sanitary felling. This type of stands is quite representative for the situation in CZ, said our guide Radek Kajfosz. In fact, the country has lost already 20 % of its spruce forest, with the largest share only in the last few years. Almost ironically, on the left side, we had a look at a nice spruce stand with tall trees, which had not been affected by the attack.

One of the main arguments during the excursion concerned the “best regeneration strategy”. Radek Kajfosz explained that the management of the stands is still under discussion. However, the main idea emerging was to increase the resilience of the forest by having fewer trees per ha, planting more mixed species, and diversifying the age structure of the stand. On the other hand, it became clear that conifers cannot be entirely substituted, since these species are the core of the business in this area. As our group concluded, a combination of pine and spruce (60%), maybe some with drought-resistant genetics, beech (30%) and oak (10%) were considered a useful solution. The proposed strategy for the even-aged spruce stand was to create some gaps between the trees to foster natural regeneration. Acting this way means reduced replanting costs and an improved forest structure. Overall, the main idea drawn from the discussion was to increase forest resilience by fostering both species and structure diversification.

On the way back to our bus it was difficult to not notice the immense pile of tops and branches laying roadside. A researcher from our group explained that a common practice in these forests is to collect the biomass and export it for bioenergy use, mostly to Austria.

The excursion confirmed my assumption that forest and forest industry play an important role in the challenge of climate change mitigation. I believe that a well-developed forest sector should be able to process the sudden availability of wood caused by natural disturbances. In this case, it would be possible to preserve the value of tree, and the carbon contained in it. It would be also advisable to expand the hardwood industry both in terms of process capacity but also investing in innovative biobased business models. This could mean a win-win situation with more mixed forest, but also more carbon store in the wood product for a longer period of time.

In the context of the RESONATE project, I will work on my PhD exactly focusing on the topics discussed in the paragraph above. I am aiming to understand how we can maximise the benefits of wood utilization, and how to increase the resilience of the wood industry. Finally, I will try to find out if the forest industry is ready to absorb and mitigate the waves of wood that might come in the case of a forest disturbance leading to salvage logging.I am curious to learn from other researchers and see how we can complement each other to create more resilient forests and industries for society.

(The ideas expressed in this article are my own)

Featured image: bark beetle at the sawmill by Gesche Schifferdecker