Ireland is one of the few countries in Europe that experienced almost complete deforestation in recent history with just over 1% forest cover remaining at the beginning of the 1900s. Since then, an impressive effort has been made by the State of Ireland and other stakeholders to increase forest cover – but the Irish plan to plant forests has also faced a lot of criticism. I have spoken with three experts on Irish forests: Jonathan Spazzi, Forestry Development Officer working for Teagasc, Aileen O’Sullivan, Environmental Technical Lead for Coillte Forest, as well as Padraig O Tuama, private forestry consultant specialising in clients interested in Continuous Cover Forestry (CCF) and former task leader for researching and promoting Continuous Cover Forestry (CCF) in Coillte Teo.

They have all joined forces to promoting the Continuous Cover Forest management (CCF) approach, to increase species diversity and forest conservation in Irish forests while as well enhancing timber value. As a proper tool to support their efforts both Teagasc and Coillte, in collaboration with ProSilva Ireland, have decided to establish several marteloscope sites in different forest types. Check out this interview to learn what has happened so far in Irish forestry, how the three would like to shape the future of their forests, and what they expect from working with marteloscopes. 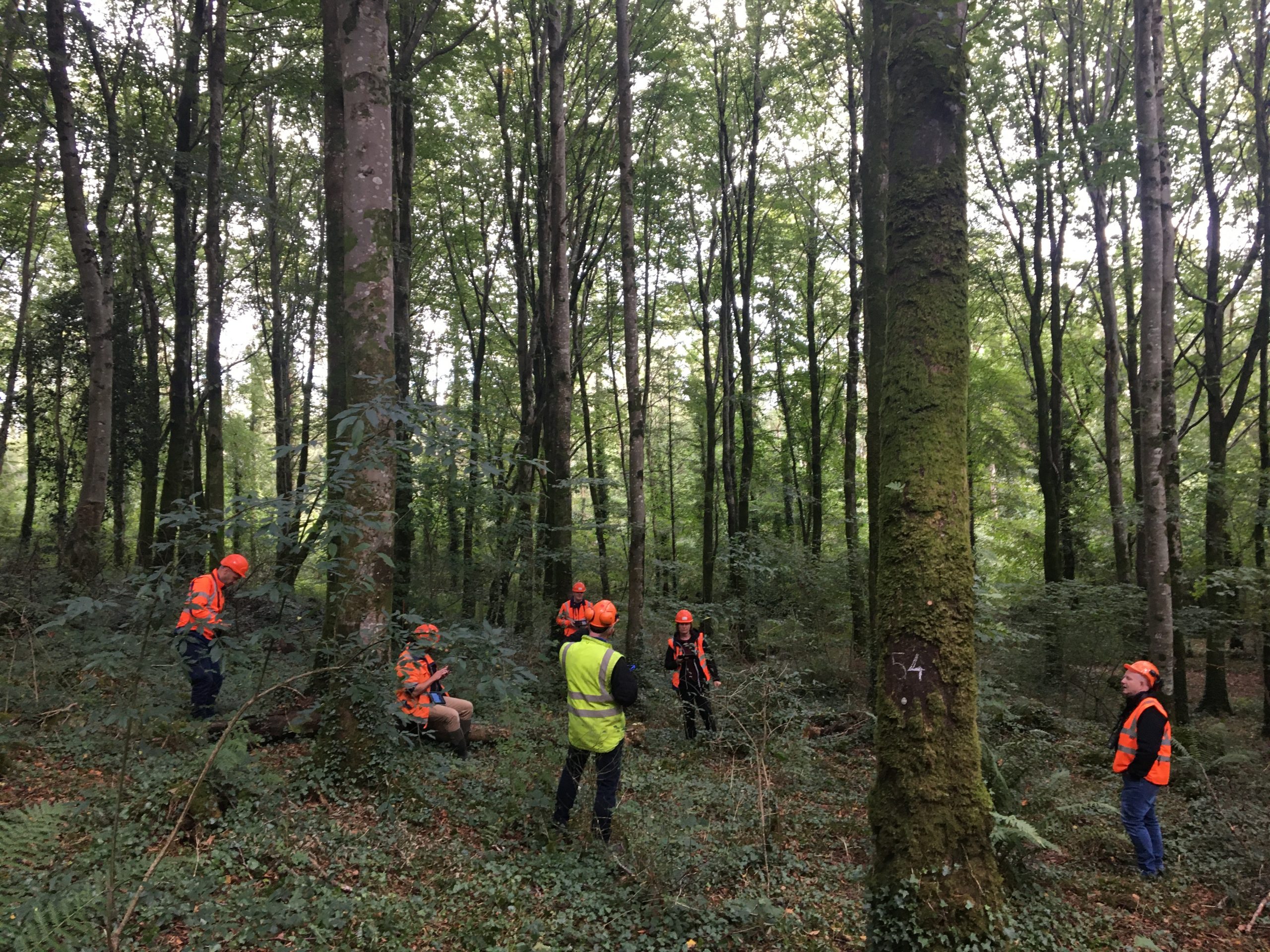 A large number of private forests in Ireland are less than 30 years of age and many are approaching thinning stage. There is now greater need for owners to understand and control the thinning process in order to realise the full value of their forests as part of a sustainable management approach. This is imperative if a sustained level of timber mobilisation is to be achieved from private forests. There is also a growing demand, coming from forest owners, for diversification of management systems to complement the current clear fell-replant system. Recent developments in European and national forestry policy are directed at promoting integrated management as a means of enhancing forest resilience in the face of climate disruption, sustaining forest production and delivering diverse ecosystem services. These new systems, known as Continuous Cover Forestry (CCF), enable commercial timber harvesting while retaining a forest cover in the long term.